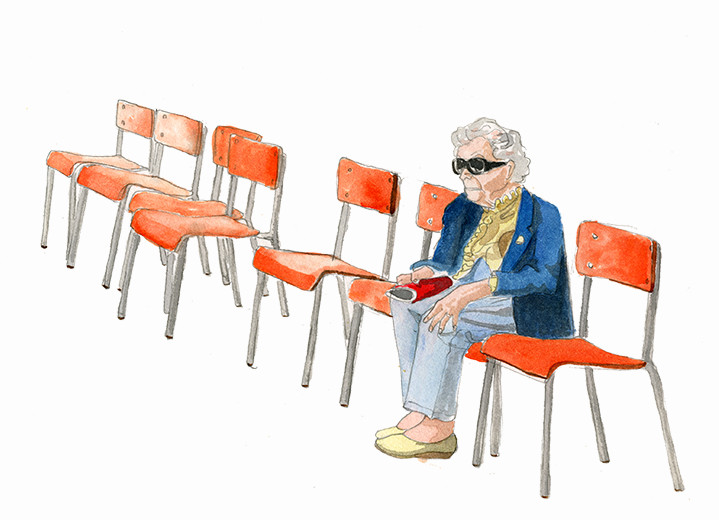 Waiting for the Parade by Kat Frick Miller

The “second oldest profession,” Erma Bombeck wrote of motherhood in her 1983 book on caring for “children, a husband, and oneself.”

Motherhood is indeed an ancient profession—or job, or calling, or stage of life—yet Bombeck’s book was among the first to discuss it candidly. We have printed and distributed books since the 1400s. Women have mothered since life began. And yet the history of books about motherhood spans roughly 40 years.

Feminist scholars have debated the role of mothers and motherhood at least since the 1960s, but Adrienne Rich opened the discussion to a broader audience with her 1976 book, Of Woman Born. Like Bombeck, Rich drew on her own experience as a mother and included entries from her personal journal. In this sense, Rich and Bombeck were forerunners of today’s mommy bloggers. Of Woman Born takes a broader, more political and feminist point of view than Bombeck’s book of humour and advice, but both authors aimed to dispel the idea that motherhood is easy, natural, private, and the most significant way to define a woman.

Following Rich’s book, motherhood studies gained some traction in the publishing world with The Reproduction of Mothering (1978), The Myths of Motherhood (1994), The Mommy Myth (2004), and The Maternal is Political (2008), to list a few. Despite this relative boom, books on motherhood remained fringe, a serious read for a dedicated few.

Mother-writing moved toward mainstream with first-hand accounts from the trenches. Anne Lamott published Operating Instructions: A Journal of My Son’s First Year in 1993. At twenty years old, the book is considered a classic of motherhood memoirs. Subsequent works by Ariel Gore, Rachel Cusk and others portrayed the messy reality of motherhood: hard, diverse, ungoverned yet public. These were raw, brave works that ushered a new age of mommy lit.

And then there was blogging.

Weblogs, as they were first called, provided an easy platform to chronicle motherhood as it happened. Blogging opened the doors to thousands of homes and the mothering within. Heather Armstrong’s Dooce (2001), The Mommy Blog (2002), Her Bad Mother (2006) and the many blogs that followed have shown motherhood uncensored. Projectile poop, morning swigs of vodka, post-partum sex (or lack thereof), toddler tantrums captured in video—nothing is too real, too irreverent, for the mommy blog.

It’s the irreverence that seems to sell. The most successful mommy blogs have become books, and the most successful of those have become bestsellers. From Armstrong’s It Sucked and Then I Cried and to the current hit, I Heart My Little A-Holes, mommy blogs-turned-books have given voice to the anti-mom. Popular mother-writers are self-described naughty, slacker, slummy, scary and/or sh*tty moms.

We ought to thank the anti-mom—the one on our bookshelf and the one in our head. Her swearing, drinking, and willingness to publicize her children’s toilet-training have freed mothers (in North America, at least) to rage, I’m so much more than this! Her storming through major publishing houses in pajama pants and stilettos has allowed books about “holy-crap moments” of motherhood to breach the New York Times bestseller list.

But it’s time to move on.

The toddler years of mommy lit, Adrienne Rich and the women who followed, broke the silence. We learned to speak and write about the everyday of motherhood. The delinquent teen years, rife with slummy mommies, let the world know that both kids and moms can be “a-holes.” The teen years shook us up, grabbed our attention—and that of publishers.

Let’s now move toward a sophisticated adulthood of mother-writing. Let’s move toward Pulitzer-winning journalism and memoir about the ways motherhood shapes women’s lives and every element of our world: schools, violence, medicine, garbage, farming, war. Let’s move toward Booker-prize-winning fiction with complex, diverse and fascinating mothers as protagonists. Writers like Maggie O’Farrell, Jenny Offill, and Ann-Marie MacDonald have led the way, crafting motherhoods neither sentimental nor snarky, women whose lives neither begin nor end with—but are clearly changed by—motherhood.

At Understorey Magazine, we hope to inspire this next wave of mother-writing. We hope the essays, fiction, poems and excerpts published here will spark the literary prize-winning books of tomorrow. We invite you to read our current and past issues, to consider, to comment—and of course, to write.

If you like what you read in Understorey, please consider making a donation. We are a non-profit organization and rely on grants and donations to continue our work. Thank you!

3 thoughts on “Time to Grow Up, Mommy Lit”