Drama was a way of life in our house; everyday events blown out of proportion, life lived around my mother.

“I gave up my career for you,” my brother and I were told as children. We felt her frustration at a performing dream abandoned in the shape of the wooden spoon, the burnt meals and the hurled pots. It was not until we were adults that we did the math and realized she had not trod the boards for nine years before I was born, longer before my brother.

My mother was, once upon a time, the star of a small touring company, based in a tiny theatre in the not overly large city of Dublin, Ireland. She dreamed of a career in movies but met my father instead. After they married, they moved a good deal, following his career in documentary film. A sojourn in England, where we were born, led to a move to Toronto where all thoughts of acting took a back seat to raising small children in the absence of a frequently on-location husband.

It was a move back to Ireland in the sixties that raised the spectre of acting careers past. Great was her disgust when my mother discovered that several latter-day “talentless” co-stars were still starring in current productions. Trips into town were punctuated by elderly gents clasping my mother to their chests, claiming they had seen her in The Cherry Orchard, Lady Windermere’s Fan or Romeo and Juliet and would she accept their undying love. Fellow thespians were equally effusive with air kisses and “dahlings,” followed by endless recitations of who was “resting,” who had died and who was sleeping with which director. My mother simpered and gushed with the best of them while my brother and I waited, rolling our eyes. Enquiries as to when she would be returning to the stage were invariably met with, “Oh I couldn’t possibly…” and a gesture in our direction.

Over the years, she was offered, and always turned down, “too-small” parts in some production or other. She was particularly incensed when asked to join the local dramatic society. 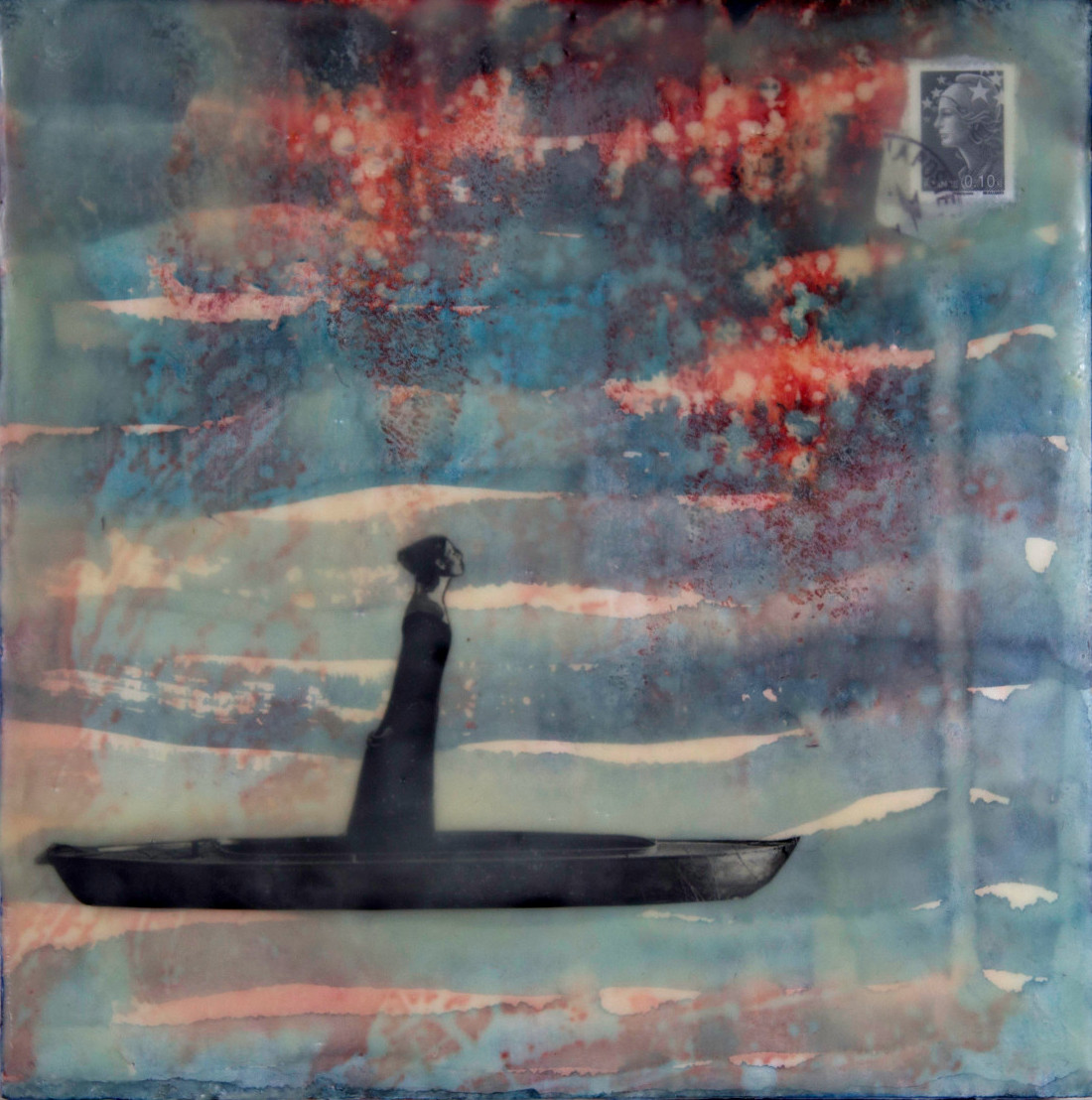 It wasn’t until the local church asked if she would direct a production of Everyman that she hit closer to her stride. A certain amount of demurring and trotting out of stock phrase followed. She relented, after a couple of weeks spent surreptitiously casing the congregation during Sunday service. Auditions were held and those whom my mother had earmarked for a certain part were flattered, cajoled and bullied into attending.

In no time she whipped that motley crew into a semblance of a cast; lines were learned, costumes fitted, music selected, props rounded up and the press invited. The church was packed for the single performance, which went off with only one hitch. God, played by the Vicar lying on his stomach in the belfry and represented by a single flashlight beam, was caught by a fit of coughing and missed the cue for his final line. My mother, drunk on applause and the adulation she knew was her due, graciously overlooked this faux pas but her enthusiasm for church-going dropped off noticeably after that.

For her next foray into the realms of directing, my mother proposed that my all-girls school put on a production of A Midsummer Night’s Dream. As a member of the board of directors, she felt our education lacked drama and who better to fill that void than herself. Our hall, shoe-horned into the narrow garden of one of the two Edwardian houses that comprised the school, boasted a tiny raised stage, which was deemed unsuitable for any play production. My mother barreled on regardless.

Auditions caused her some consternation as we were, by and large, devoid of talent. In desperation, my mother cut the play down to just the fairy/players scenes, with lines kept to a minimum and comedy racked up to the max. The production went off with many a hitch. Lines were forgotten, girls ducked out of rehearsals, costumes didn’t fit, props were lost, scenery fell over, and the fairies got the giggles. As the curtain descended on the chaotic production, my mother vowed never to produce another school play as long as she lived.

The following year, the head-mistress made an unusual announcement. It was felt that the annual prizes for academic and sporting prowess were not inclusive enough, and now prizes would be given for creative projects such as knitting, sewing and writing so that every student had a chance to shine. I was a top-notch underachiever in the academic and sports areas but I was certain I could knock their socks off in the play-writing department. I knew plays, I read plays, I attended plays. And so I wrote a play. And my play, a frivolous period piece, won first prize: no one else entered.

One of the major short comings of an all-girls school is the lack of boys. We were at the age when we spent more time studying that subject than any other. A plot was hatched to produce my play, with boys from our brother school rounding out the male characters. We approached the head-mistress for permission to use the school hall and, no doubt in light of my mother’s recent efforts, were turned down flat. Boy deprivation reaching epic proportions, we approached the headmaster of the brother school with our scheme. He agreed to consider the idea and consult with the English master; please could we send over the play. Several days later, assent was given; would we come to the school, meet the hapless boys who had been selected by the English master, check out the much larger stage and okay the set designs that the boarders would build over the coming weeks.

Rehearsals began a week later at our house, with me directing. Us girls developed serious crushes on several of the boys and they all fell in love with the girl playing the lead. A lot of fun, flirting and not much rehearsing ensued. As the performance date edged closer, my mother decided to look in on a rehearsal. To say she was horrified by the lack of progress would be an understatement. She gave us all a tongue-lashing and announced that she would take over the direction of my play.

After that, things moved at a more professional speed. Once again, lines were learned, moves were plotted, measurements were taken, and a week before the dress rehearsal, a trip to my mother’s old costumier was planned. We spent hours digging through velvet waistcoats and frothy crinolines before coming up with the perfect look.

The dress rehearsal was predictably awful but the set and costumes looked stunning and the lighting and incidental music provided by the boys fit the mood perfectly. The day of the performance dawned and classes were given scant attention. By seven, the cast was mustered, costumed and grease-painted, nerves running riot as the curtain rose.

The performance was a great success. I stood in the wings with my unneeded prompt book, shocked by the realization that something I had written was being enjoyed by a hall full of people. As the final curtain fell, my mother strode to centre stage to claim her directorial applause. Linking hands with her leads, she bowed over and over, acknowledging the crowd with a dignified inclination of her head. It wasn’t until the cast trickled off the stage that she saw me in the wings and beckoned me forward. By then the performance had passed to the audience. Chairs squeaked, arms were thrust into coats, programs were dropped and jokes were traded as they headed homeward. Standing alone on the empty stage, nursing my bruised, upstaged teenage ego, I vowed to leave future theatrical efforts to the family prima donna.

My mother never acted or directed again, although a spell as a costumed interpreter at a historical site filled her later years. Eighteen months after her death, I had the opportunity to play a background performer on the set of a local movie. As I sat in full glare of lights, camera and action, I imagined her somewhere above my head, grinding her teeth in frustration that I had made it into the movies before she did. Has the torch passed? No, not likely.