I have, so far, called twenty-eight different addresses my home. Some of these were childhood homes, as ours was a military family, always on the move. Many were student homes, me in constant search of lower rent, brighter rooms and better locations. I’ve lived in high rises and basements, above restaurants and below musicians. I’ve lived on Prince Edward Island and Vancouver Island and many places in between.

Few of these homes were perfect. When I shared chaotic flats, I craved civilized domesticity—a single unstained coffee cup. When I finally got my own place, I craved the chaos of living beings—cats and friends and family. But these were just details. Most of my twenty-plus moves contained an element of choice (even military moves) and a much larger element of excitement. Moving has always meant renewal: a fresh bedroom colour as a child, a decently scrubbed apartment as a student. Changing my place of residence never left me feeling adrift. I was never displaced, just replaced.

It was not until we moved to South Africa that I felt home—or the lack of home—in a deeper way. Our three boys were toddlers when my husband accepted a three-year job in Cape Town, a relocation that would in fact last four and a half years. South Africa is a beautiful and complicated place, still struggling with the legacy of apartheid. I have never been more aware of myself, of my identity as a white, middle-class Canadian, than during those years. That awareness surfaced in mundane ways: my search for molasses in the grocery store or a public swimming pool in our neighbourhood. But it manifested in more profound ways too. I drew parallels between the histories—and current realities—of our indigenous peoples. I also glimpsed what it might be like to leave your home country forever.

Though I grew to love South Africa, I felt the constant pull of Canada, that undefinable Canadian essence that somehow defines us. In a small way, I sensed unsettledness: part of myself in one place and another part permanently elsewhere. It was indeed a small way, as we could always return to Canada. Nonetheless, I learned that moving can change more than an address—it can alter a sense of self. I still cannot fathom true displacement. I have never left or made a home due to conflict, disaster, abandonment, discrimination, illness or economic crisis. For this I learn from others: everyday actions, conversations, works of art, the written word.

In this issue of Understorey Magazine, we explore many facets of home and away. The diverse authors and artists featured here portray the small, tangible items that define a home—carrots from a backyard garden; a hooked rug passed down through generations. They capture the more elusive qualities of belonging or exclusion—warmth of the sun felt across time and continents; small acts of assertion at a housing co-op. Our contributors also broach those more profound circumstances—negligence, colonization, war—that can tear down a home and impose its rebuilding. 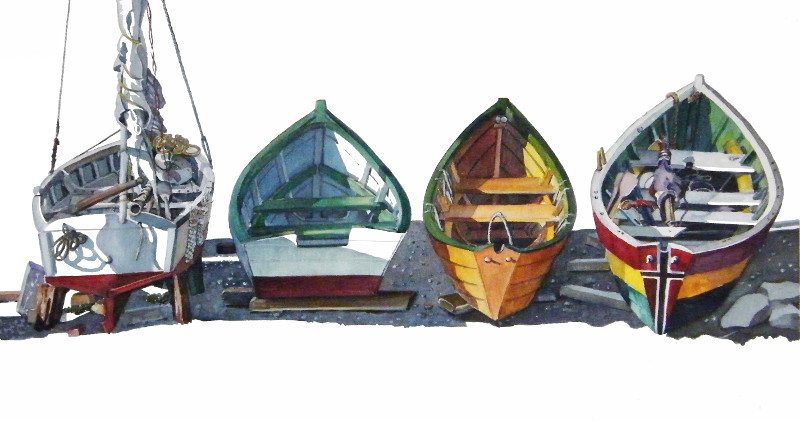 2 thoughts on “Home and Away”