Anne McGouran's non-fiction has appeared in Queen’s Quarterly, The Smart Set, Coachella Review, Journal of Wild Culture and TRANSITION magazine, and is forthcoming in Northern Terminus Journal. Her short fiction appears in Emrys Journal and won special mention in Fabula Press Short Story Competition. Born in Toronto, she resides in Collingwood, Ontario, where she has developed a fascination with ice huts and orchard ladders.

“Hope Acres has unfurnished suites so you can bring your own furniture. It’s like a small hotel with a therapeutic pool and a roof garden.” Moira’s still hell-bent on shunting Orla into a biddy villa.

“Never mind all that.” Orla waves a sheaf of papers. “Dr. Moffatt came through with my referral. I’m to be a guinea pig!”

To Ms. Orla McWhinney from Health Canada: In fall 2018, St Michael’s Hospital Medical Research Program will conduct a double-blind study to evaluate the impact of Vitamin D injections on geriatric depression. As a participant in Phase 1 Trial: High-Dose Vitamin D, you will be entitled to the following benefits at no cost: study-related clinic visits, lab tests, study medication, travel expenses. Compensation: $800.

“But Orla,” Moira sighs, “what about your diabetes?”

“They want your informed consent,” Moira shrills. “Have you even read these forms?”

Orla rummages through her drawer full of bingo daubers and mint humbugs for a pen then signs on for six outpatient visits and three nights at the research facility in Mississauga. For overnights, Orla packs her track suit and Nivea cream in a sponge bag reeking of Sloan’s Liniment.

“Don’t be afraid to use the shower,” Moira nags. 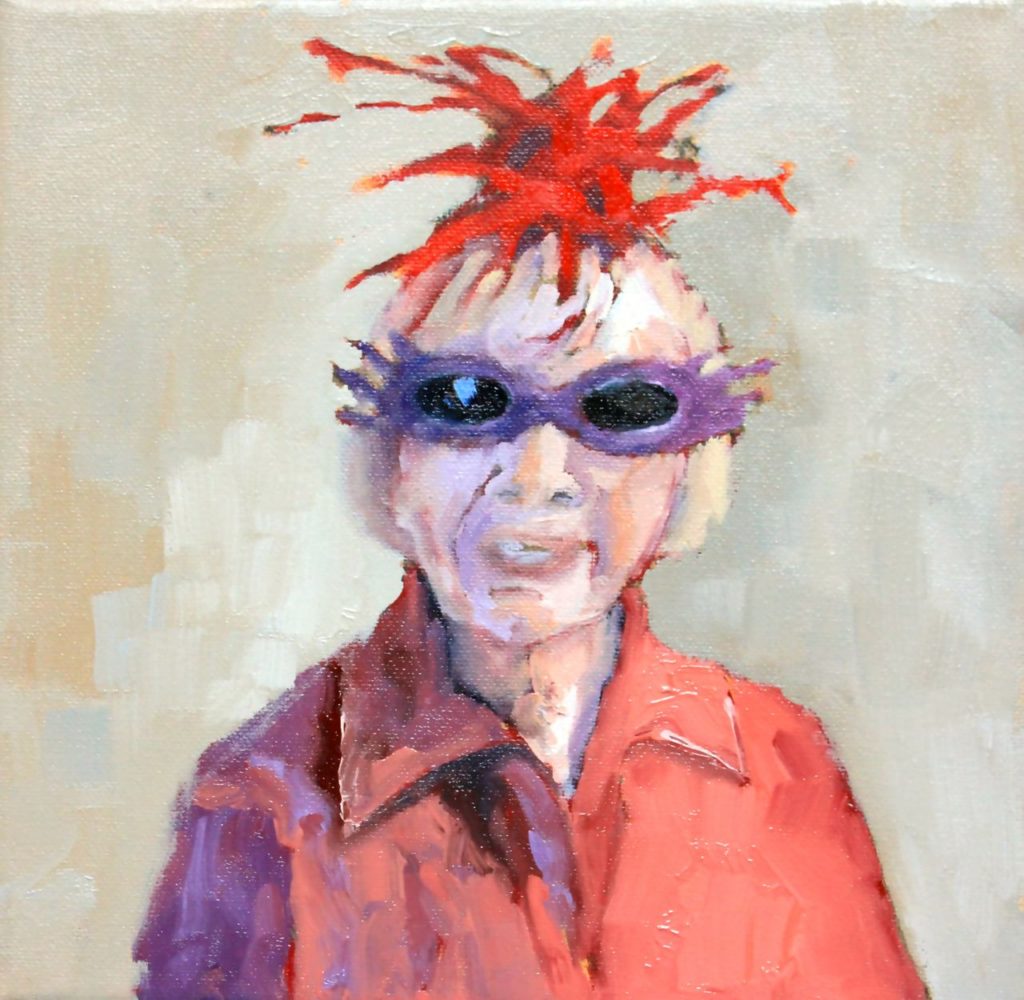 Ten women and ten men separated into fluorescent dormitories with single beds, private lockers and flat-screen TVs. Orla’s new roommates are Melva, a sallow blonde in a blue onesie, and Dory, a glassy-eyed woman with heavily veined arms. With the exception of one ruddy-faced, bearded man in a fedora, the whole group falls into a pecking order: a secretive coffee klatch by the vending machine, a knit-and-bitch circle, and several nutters who won’t stop pacing. They all line up for their injections alphabetically. Orla is Number 6.

Lucas the venipuncturist has a coaxing manner. “Alrightee, Number 6 show me your bingo wing. That’s it. One, two, three….” Orla quickly loses count of all the needles and syringes.

Armed with vending-machine cocoa and a stack of Woman’s Day, Orla makes a beeline for the glassed-in patient lounge. Melva barges in nattering about her grandson: “During diaper changes, he calls out: ‘I’ll be right back!’ Isn’t that too cute for words?” Orla wrestles the wingback chair into a corner and takes cover behind Ikea birch-tree curtains.

In the dormitory that evening, the nightlight casts shadows on the upper bunk. The heat vent makes a tick-tick, pock-pock sound. Melva and Dory are both out for the count by ten. Even with her failing eyesight, Orla can conjure up shapes in the dark like a magic lantern show. Cormorants wheeling over the Irish Sea, a pooka in the guise of a white hare. By some miracle, she doesn’t have to pee all night.

The man in the fedora and beard pretend-knocks on Orla’s cubicle then pushes the curtain aside. “Howdy. My name’s Orie. This your first clinical trial? Go easy on the bacon burgers or your cholesterol’ll go through the roof. They load us up with heavy foods cause blood draws can be enervating.” Orie withdraws then parts the curtain again with one meaty hand, a saggy-jowled Green Man peering through faux-verdant leaves. “You don’t look depressed. Keep your distance from the cuckoo clocks in here and you’ll be alright.”

”Orie? Now there’s a coincidence for you. My name’s Orla. If you don’t mind me askin, howd’ya pass the screening for geriatric depression?”

“I told my doctor my Labrador retriever died last month and I’m still not over it.”

“Oh you’re terrible!” Orla titters. “Depression’s no laughing matter. S’pose I’m just as bad though. I told my GP I could feel a kind of fog closin’ in on me. ‘Dr. Moffatt,’ I said, ‘did you know Ireland ranks second on the list of most depressed people in the western world just behind Iceland?’”

Orla watches from her hidey-hole by the window as five male lab rats hurl snowballs into the ravine then piggyback-joust till one of the heftier geezers topples onto his back and limps inside. Rather than head downtown on a day pass, they’ve hung about the research station’s ugly, treeless preserve, their brain receptors awash in Vitamin D.

“Look at the state o’ them!” Orla marvels. She wanders back to the dorm for a quick nap before the next cattle call. In that drowsy, half-oblivious state where you’re not asleep yet you’re dreaming, Orla witnesses a fireball of unknown origin obliterating every nursing home sign for miles: “Caution, Senior Moment in Progress” … “In Dog Years, I’m Dead” … “Retirement Living at Its Best.”

After the final blood draw, Orie appears in the patient lounge. He points to his fancy rubber-soled slippers. “Columbia. Top of the line. Next month I’m off to Northwest Territories to test thermal underwear. I’m their moisture-wicking, anti-crotch rot guy. You should sign on, Orla. You don’t need a doctor’s letter, the money’s good and there’s no needles. Columbia Sportswear used to be a bunch of twerps in snowboard pants but now they’re targeting the fifty-plus market. My new motto is: ‘The future is age-neutral. Get used to it punks.’”

Hectic blotches appear on Orla’s cheeks. Her hair sticks up like she’s been sleeping in a hedge. She waves Moira aside and lurches to the car with a rolling sailor’s gait.

“Jaysus and the wee donkey but I feel grand. Like a few kinks in my brain got ironed out. They treat you like something in a glass case in there! Not stingy with the grub either. Steak, mushrooms and spuds.”

Just then, Orie pulls up in a Jeep Wrangler and rolls down his window. “Call you next week, Orla?” he hollers.

“Who is that?” Moira asks but Orla is already long gone.