Debra Reynolds Banting lives and works in Halifax, Nova Scotia, and looks forward to taking up full-time residence in Lower Five Islands on the Bay of Fundy in Colchester County. Debra has worked as a speech-language pathologist and early interventionist and lives a life enriched by adoption and by extraordinary children and families. A novice writer, dancer on the beach, pianist, and clam digger, Debra is inspired by her husband Charles, a wizard, and daughter May-May, a fierce young woman.

I was lost for a moment, phone in hand. Who is this woman? A mother? Oh, a mother of May’s classmate. Why are we talking about her home renovations? A … birthday … party…. May is invited to a birthday party!

May, whose inaugural school year was spent in a classroom for students with “special needs,” had just a month before entered a general kindergarten class. No social invitations as yet, though.

“We’re doing over our kitchen,” the woman explained. “Our son, Thomas, who’s turning five, asked the contractor if he could throw in a wheelchair ramp so that May could come to his party.”

Tears welling up now. Thomas’s mother wouldn’t, couldn’t, have known how breath-taking this was for me to hear. After sucking in some of the air that had fled, I attempted to  switch my tone from stunned to appreciative.

“Not a problem,” I almost gushed. “We have a fold-up stroller. I can carry May up the stairs.” Then softening, “By the way, that’s just about the sweetest thing … I can’t wait to meet this boy.”

There are a few things that I remember about Thomas’s party — I met some of the mothers from the school neighbourhood, which was not our own. And I remember a classmate, a little boy named Leonard, crying in the foyer because he didn’t want to stay without his mother.

Later that year, May and her friend Josh, who has Down syndrome, were at the centre of the social whirl, at least in part due to the tone set by their knowing teacher. Thomas came to some parties at our house, but he and May weren’t particularly close, less so as time passed. A few years on, as the Mother Who Always Stayed (at parties and everywhere else), I had had the opportunity not only to eat more cake than a person should, but also to observe May’s peers as they grew into eight- and nine-year-olds.

Grade Three was the year that nine-year-old May excelled at spelling tests. In early spring, she attended a joint birthday party for Leonard and Josh and their friends. It was at a gym at a local university, with a few students to direct the fun. When organizing for a game of floor hockey, the birthday boys were asked to captain two teams. Leonard, having overcome some of his kindergarten shyness, stepped up. Josh, a reticent one himself, declined the role of captain and by some means Thomas came to take his place.

Now, one thing I had noted about Tom was his keen interest in sports and his competitive nature, a jock in the making I was sure. When another class mother, a flight nurse, spoke of her job in medical transport, I heard Thomas try to outdo her: “My mother jumps out of planes to save people.”

So when Thomas was lucky enough to have first pick for the hockey game, I had every expectation that he would choose one of his larger, more athletic buddies. But he picked May … my little May, who, while fiercely competitive herself, could barely hold the stick, never mind hit anything with it. I turned away so as not to embarrass anyone with my tears.

Many of May’s typically developing friends fell away on the long march to high school, with its clubs and teams and career paths. Thomas became a hockey player. That’s about all I knew of him. I’d like to say that he asked May to the prom. She didn’t go. Or that he took her for a ride in his first car, lifting her gently into the passenger seat. She never dated. Still, I believe that Thomas is a different man because May was in his kindergarten class, because his teachers and parents encouraged and normalized his enjoyment of a unique friend.

Thomas, May, and the other students lived inclusion until it became second nature. Team work and creative problem-solving were abundant when these kids were in charge. They expressed and acknowledged the special in themselves and each other. May’s classmates attained a level of comfort and empathy that those who were driven or bussed from the neighbourhood to less inclusive private schools or French immersion programs missed out on. I have ached for those young people in their awkwardness as I have for the times that May was left out. And now, when the impulse arises to apologize for expecting more, I think of Thomas and I know what’s been won. 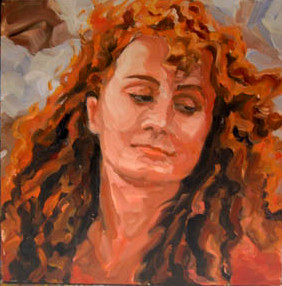