Sidonie P. Hynes is a retired, twenty-two-year veteran of the Royal Canadian Mounted Police. She spent eight of those years policing in Newfoundland and Labrador, followed by fourteen more working throughout the Greater Toronto Area. In 2011, she retired at the rank of corporal and decided it was time to write some stories. She currently lives in Wolfville, Nova Scotia, with her husband and two golden retrievers.

When Albert Benoit answered the phone, I informed him that his niece had made allegations.

“Mr. Benoit! Before you say anything else, please hear me out.”

“I want to give you the opportunity to tell your side of the story, but not right now, not yet. I want to speak to you in person.”

“Are you busy today? I could drive out to see you.”

“Lord Jesus! Dat’s just what I needs right now, the cops standin’ on me bridge, pounding at me door!”

“No problem. When can you come in?”

I replaced the phone on the receiver, took a deep breath and turned to look through the large industrial window beside my desk. The top part of the window was tilted open slightly to let in a bit of air. Half a dozen teenage boys shouted and carried on as they took shots on the basketball net set up in the detachment parking lot. The racket sent vibrations through my chest. I shifted my focus to the foot-high stack of files on my desk. I’d have to get through them all in the next six days, before my days off. After that I’d be into a week of nights and it would be hard to get anything done on files.

“Why is it that I get stuck with all the sexual assaults for this bloody detachment?” I said, still watching the boys play ball. I slumped forward, one elbow on my armrest, fingers raking the stress moguls in my forehead. I noticed that the room had gone silent; my four male colleagues all trying to look busy at their desks. This time I addressed them. “I mean really, how many sexual assault files are you guys carrying right now?”

“You’ve got such a knack for that sort of thing,” said Josh.

The Corporal agreed, the Detachment Commander nodded, and the two remaining Constables stayed silent. Gripping the ends of my armrests, I straightened, and shook my wide-eyed head at the four of them. The Sergeant tried to cut the tension with a joke.

They all knew why I got these cases. Newfoundland’s Mount Cashel sexual abuse scandal broke just years earlier. I’d had a closed door meeting with my Sergeant. “Josh is a helluva investigator,” the Sergeant said, “but between you and me, he’s as lazy as Hell. And Ike, well, Ike tries, but he just doesn’t have the….” Then he tapped two fingers on the side of his skull. “You’re my only girl! And they’d rather talk to a girl. What else can I do?”

He leaned in, his voice softened. “It’s a real can of worms, I know. And you’ve a lot on your plate but that’s just the way it goes.” Then he looked puzzled. “You know, some guys whine about getting female recruits but I’ve had nothing but good experiences. Every one of mine has been a good, solid worker. I’d take a woman any day.”

He tasked me to develop a half-day talk for elementary kids about sexual assault. “No, Get Away, and Tell Someone.” It seemed catchy enough for a kid to remember. After these presentations, students lined up to speak with me. Many disclosed on the spot. The floodgates were open and I was swamped. And I got really good at interviewing.

Just before eight, a vehicle turned in from the main road and crept into the parking area. Mr. Benoit came through the door, with the smell of tobacco and Irish Spring. I ushered him past the front desk and through the bullpen, to a smaller room furnished with a large grey desk and two chairs. On the desk was a 1994 edition of The Criminal Code of Canada and a clunky telephone slapped with a fluorescent yellow sticker: 1-800 for legal aid. I drew the drapes and offered him one of the chairs and a coffee.

“I’m placing you under arrest now….”

“You are under investigation for sexually assaulting Carla Benoit. I have to arrest you so I can interview you.”

I gestured him to stop. “I’ll be releasing you tonight, but you’ll have to agree to some conditions.”

“You must promise to stay away from your niece.”

I read him his rights. “Do you understand Mr. Benoit? You don’t have to talk to me but there are always two sides to a story.” I scribbled in my notebook.
Did he want to call a lawyer? I pointed to the phone.

There was no doubt in my mind he’d committed the assaults. Victims don’t generally make this shit up; it’s just too hard to come forward. I’d taken so many victim statements by that time and second-guessed maybe one. Still, I didn’t think Benoit was a monster. We all make mistakes. He’d developed a habit of making very poor choices and, yes, his mistakes were monstrous. But I wasn’t there to judge him. The best thing I could do—for everyone—was to get him to talk.

He sat there, arms folded. They all start like that. I went in easy, talked about the weather, rabbit and moose hunting.

“And you’re a fisherman?” led to the cod moratorium:

So I backed away from that subject.

I asked about his family but avoided the subject of Carla. He softened in his chair, his arms less tense.

“Mary—oh yes. Da wife makes ten loaves every Wednesday, den she gives ‘alf of it away to da church.

A smile. A soft spot.

“Yes, she loves ‘er bingo night, she do. Got da number on speed dial. You play bingo, do ya?”

That’s not my game.

I got a sense of him, from all that chit-chat, discovered the chinks in his armour.

We danced in and out of the noose’s loop. When I went too fast, he pulled back. I’d slack off then inch forward again.

“What about the other time?” I asked.

“Yes, Carla talked about another time—in your truck—what happened there?”

Two hours later, his watery, blue eyes engaged mine as we exited the stuffy room. “Thank you,” he whispered. “You’re a nice cop.”

The Justice of The Peace had arrived from Black Duck Crossing. I placed my right hand on the frayed bible and swore to the information contained in the charges. Mr. Benoit promised to keep the peace and be of good behavior, signed his name with an X in blue ink. He took the copy of his release document, folded it several times, and forced it into a sleeve in his wallet.

As I walked them to the exit, Albert turned to me, his legs trembled.

“Will you be there, in court?” he asked.

I locked the heavy blue door behind them, moved slowly to my chair and sagged. I removed my smudged glasses, cradled my arms over the heap on my desk. I lowered my head, let it rest, and feeling the weight of it, closed my eyes. 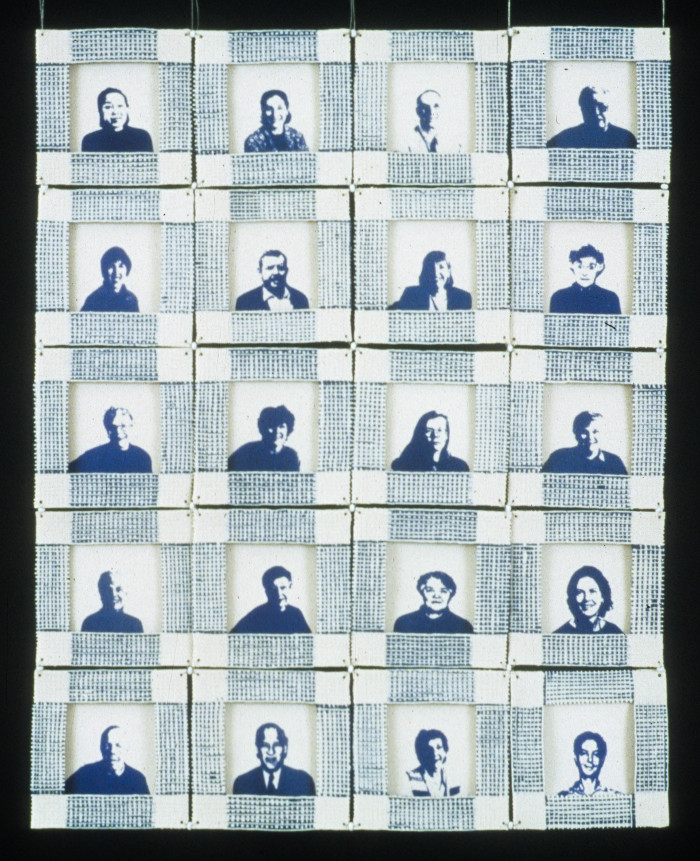