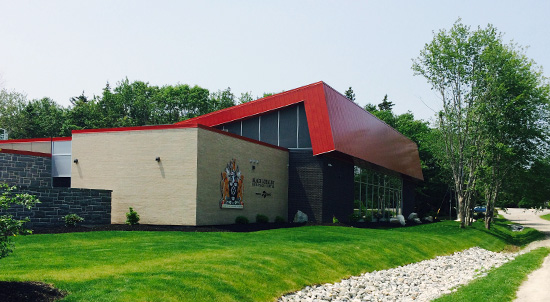 To the staff at the centre
Bev, Shari, Vanessa, Kaitlyn and Jason.
For all their hard work.

People now come from near and far
By bus, by boat, plane, car.
To visit this site: Birchtown, Nova Scotia

With God’s help the project succeeded
For it was you, Elizabeth,
Who was chosen and needed

So give yourself a pat on the back
It was God’s intention to see this done
For all to see, not just some.

With His help, we give thanks
To you, Elizabeth,
Thank you. 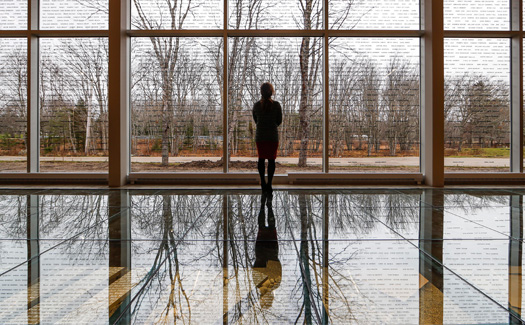 Wall of names at the Black Loyalist Heritage Centre. Photo by Len Wagg.

I had the pleasure of interviewing Elizabeth Cromwell to hear, in her own words, about the birth of Birchtown’s Black Loyalist Heritage Centre. It was remarkable to learn just how much Ms. Cromwell has put into the development and ongoing success of the Centre. It all began with a school genealogy assignment in the mid 1980s. With the tireless work of Ms. Cromwell and many others, the Centre has evolved into a tangible representation of our black community–a part of our history and our future that is accessible to all. A history that needs to be seen, heard, recognized and remembered.

Here is a summary of my conversation with Elizabeth Cromwell.

SW: What was the seed of inspiration that grew into the Centre?

EC: A school genealogy project called Ancestors.
The roots of the heritage organization began in the 1980s. A couple of families had kids with school assignments about the genealogy of their own family. But these children didn’t know where to look for information on their ancestors. They didn’t know anything about their ancestors except for close family such as their grandparents.

This is where the idea for a heritage society began: How were we going to help each other–our families and our children–in doing these assignments? How could we help these young people trace their family trees? Finding the information was a journey in itself; searching through old church records, going through archives, joining the local genealogy society and learning from what they had learned. We had to put all these things together. Eleanor Smith, who ran the Genealogy Society in Shelburne, agreed to help put together a program to teach those in the Black community how to become genealogists.

Out of this work grew the organization, which evolved into the idea for the Centre. Along the way, we discovered new information and experiences, which led to the fact that we needed a museum to talk about our history. We basically became our own heritage society.

SW: What has been your role in the development and success of the Centre?

Creating the Centre was something that we felt we needed to do, and when you start something like that and you have the vision for it, you can’t stop. You can’t let it go. Sometimes you may have to take a different route (and we encountered that), but it all led back to where we wanted to be.

It helped that I was able to do the long-range research, like finding funding for different projects and figuring out how to write those project proposals. We were able to bring in people like Sharon Oliver. She was Vice President of the Black Loyalist Heritage Society, Vice President of the Valley African Nova Scotian Development Association and Executive Member of the Progressive Conservative Party of Nova Scotia and she helped us organize and make connections with other Black heritage groups who were doing similar things.

SW: How much planning went into creating the Centre itself as well as all of the amazing exhibits?

EC: Everything took time.
Oh the planning! It took years of calling people from around the province to get things organized. And then there were questions: “Was this sustainable? Was it viable? How do you do this in Nova Scotia?” We worked hard to get funds to draft a business plan, and it wasn’t until we got the business plan done that we could show that the museum could survive, that people coming in would translate into dollars.

We had to call the architects, get a design, and that alone took a couple of years. Everything took time. But we had good people through it all. People from the Nova Scotia Museum came to help build the Centre along with people who were training to work within the Centre. We also had individuals like Beverly Cox who really helped to push the project along. It took us almost 25 years from the time we started. It all evolved and it took time.

SW: What obstacles, if any, came into play with opening the Centre?

EC: Convincing people that there was a need.
We ran into the obstacle of people thinking that another museum wasn’t necessary. “You’ve got a museum in Shelburne County, shouldn’t that be enough?” Well, no. The museum in Shelburne mainly talks about the Loyalists as white people, with some (but not enough) Black history. The late Finn Bauer, who was curating the Shelburne museum at the time, was very helpful to us in uncovering the differences between Shelburne’s museum and the proposed Birchtown museum. There was also the developing of our coat of arms, dealing with the Governor General’s office in Ottawa and, of course, raising funds to get all the things done.

SW: I read an article about the Centre in the Chronicle Herald and what really resonated with me is that one of the main benefits of the Centre is educating youth on the history of Black Loyalists–as I am in that age group and of Black heritage. Have you found that the Centre has been successful in informing youth?

EC: Young people come here from all over.
We’re doing it! This past year we were able to hire Vanessa Fells as our program manager. She has a Master of Education degree and is contributing greatly to the education aspect of the Centre. Young people come here from all over. It’s interesting how diverse the range of children is. These children, no matter what their skin colour, can all identify as having a connection to or being descendants of Black Loyalists. We’ve encountered that from the very beginning. It’s like all of a sudden, “I have a connection here. My great grandmother….”

SW: What other roles do you believe the Centre plays?

EC: An education centre for all ages and cultures.
It’s a centre for people to become aware of all the cultures that make up our community. We have to be aware of the fact that our people worked hard before they left the Thirteen Colonies. They “voted with their feet,” so to speak, to make sure that they didn’t have to go back to slavery. They didn’t give up, even when they got to Nova Scotia. They tried their best to build a community. You can look across Nova Scotia today and see the remnants of those families. They did build community here and even beyond Nova Scotia.

SW: Are there any personal connections you draw from the Centre, or the various exhibits within it?

EC: Family.
Within the Centre lies many names: the Stevens family, the Berry family, my husband’s family–the Cromwells. There are lots of connections.

SW: From what I’ve deduced, The Book of Negroes has played a vital role in the Centre, as it is focused on Black Loyalists. To what extent did it shape and influence the Centre?

EC: The novel portrays the struggle very well.
Lawrence Hill was coming here before we even had a Centre. He came to research our rich history. We were so excited every time he came to Birchtown to visit. It was always kind of an event when Lawrence Hill showed up. One of the things that we were very aware of as we were trying to build the story for the Centre was that no one knew our people. We had many interesting people in our community like Boston King, but no one knew our faces. We were kind of invisible. It became important to put these people in a place where you could recognize them as members of a community. The Book of Negroes does that. It tells that story about what happened to the Loyalists when they came to America and their journey through to Birchtown. It was known as “the place where you could be free.” The novel portrays the struggle very well.

Reading The Black Loyalists by James Walker, unless you’re at university-level reading, may not be the easiest. But you can look to James Walker’s book for the proof, the records and the research: all important. But The Book of Negroes tells you the story. I remember a friend of mine was reading the first part of the book and he called me and said, “I’ve been reading about Aminata and her father and it was as though I was right there in the forest walking with them.” That’s what Lawrence was able to do. He was able to transport us back to that time and, in a way, bring us right to the shores of Birchtown.

SW: What kind of feedback have you received from the public on the Centre?

EC: They danced on the turret….
The feedback has been wonderful. At our opening we had a great turnout of people show up and celebrate–in the pouring rain! They danced on the turret and in and around the Centre. It was a wonderful, wonderful time. We have the Birchtown day programs in the summer and people come from all over the province to learn and experience. We are also going to become part of the family of Nova Scotia museums, which is really important for us. Having gained that is an amazing feat.

SW: What sort of legacy do you want the Centre to leave on Nova Scotia as a whole?

EC: The people.
The legacy of course, is the legacy of our people–that they had a life here, that they built community here, that this was their home. We have generations of people who are the descendants of Black Loyalists who have been and will continue to be raised in Nova Scotia. 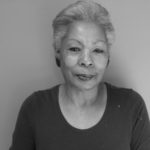 Carol Farmer lives in Shelburne, Nova Scotia. Although she did not complete high school, Carol did complete a two-year course in cosmetology at Middleton Regional Vocational School and obtained her Nova Scotia Hair Dressers’ License. Carol enjoys working with seniors and was inspired to write about the Black Loyalist Heritage Centre while working with its founder, Elizabeth Cromwell. Carol was also inspired by a creative writing day at her GED course. She is currently employed in housekeeping. 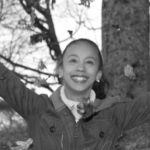 Sophia Wedderburn is 16 years old. She writes: “From the time I could jot words onto a page, writing has always been a part of me, whether it was concocting fairy tales about heroines slaying dragons or composing poetry inspired by my surroundings. I live in Halifax, Nova Scotia, with my mom, dad, younger sister, Eve, and my beautiful puppy, Jesse.”