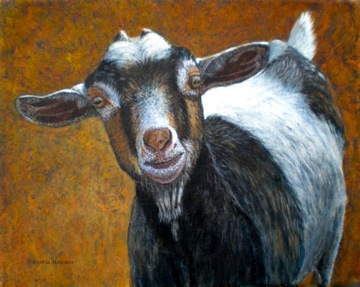 Up Close and Personal by Virginia Houston

I am trying to learn silence. It’s not easy.

I am trying to remove clutter. That, too, is difficult.

By silence I mean moments of stillness longer than a few seconds. You know: when nothing hums, beeps, whistles, dings, roars, revs, crackles, or chirps. When no one talks, cries, yells, or mutters. When I can see an idea form in my head without interruption and can dwell on it for more than a millisecond.

And by clutter I don’t just mean the discarded bags, random receipts, single glove, broken pencils, and never-to-be-opened mail that gather by the door or spill over the counter. I also mean the to-dos waiting for me in my computer, on the desk, in the kitchen, or rattling around in my brain. It only takes few seconds after I wake in the morning for them to swarm around my mind, poke at me for my attention. They cling to me all day, despite my efforts to flick them off.

Quiet. An empty morning. A clean slate. Virginia Woolf, you’ll remember her, said every woman should have a room of her own.

Room? I’d be happy to have an hour.

The rare time I think it’s possible—usually when the chaos of the morning is over—a tiny bubble of effervescence forms in my chest. This is it. I can concentrate. I can go to ground. Begin to remind myself who I am, what I’m here for. Plan something. Read a page. Write a paragraph. Eat lunch in peace.

But when I pour a coffee, I notice jam stains and important mail on the counter. To heat my soup in the microwave, I have to put the turntable back on its moorings and scrape the red splatters off the walls. Does no one else notice these?

And those precious twenty minutes? Gone. Eaten up in the dishrag, expended on the phone, or flown into cyberspace in the form of “urgent” emails.

This is such an old story it’s cliché. I felt the need for quiet decades ago, and I’m still talking about it, but now with friends in the next generation. If it’s not doctors’ appointments or soccer games or all-night puking or the late-night run to the grocery store then it’s the meeting with the school psychologist (again) or a ripped zipper on the snowsuit. It’s the missing button, the late registration, and what the hell has the dog rolled in now?

We can crow all we want about how feminism has improved ordinary women’s lives. And to some extent, that’s true. I was chief cook for our first thirty years of marriage; my husband is in charge for the next thirty. Our one remaining resident offspring cooks and cleans. Okay, not to my standards—red splatters, remember?—but it’s a start.

I often leave my own house to have a thought. I am lucky to be able to do this; most women I know cannot. Recently, I flew across the country to go on retreat with my sister in an abbey outside a prairie city. I found a room, uncluttered days, and avoided email. Or tried to.

As I sat watching the magpies on the tops of the pines, looking at the snow sparkle on the horizon, I remembered my mother’s words when she was old and blind and only a year away from death.

I feel useless, she said. No one needs me. What’s life if you’re not useful?

I argued with her then. Don’t be silly, I said. None of us needs to be anything other than our selves to be valuable. We only need to be: that’s what’s precious. You are you.

I believed what I was saying then. I believe it now. But I still struggle. What would happen if I didn’t write that letter, clean up that mess, call the clinic, answer the door, attend that so-important meeting? Would someone else see the crud on the sink? Remember the birthday? Would I feel freer, or would I feel guilty about not showing up, not pulling my weight? The forces of our culture—family habits, community and gender expectations, that rushing river of life pulling us forward–are difficult to resist. How much noise and clutter in my life is out of my hands? How much do I create? Do I have a secret wish–god help me, Mom–to be useful?

I’m not sure. But I’m off to make coffee in a clean kitchen (not my own) and to settle into a chair by the window where I can overlook an unfamiliar horizon, and think about it.

One thought on “Silence. Please.”