I was two days away from my thirty-second birthday and giving birth to my first child.

“Push, push! Come on, you can do better than that,” the nurse was yelling at me.

“No, I can’t. I’m giving it everything I’ve got,” I remember saying.

“There’s something to be said for having your kids when you’re younger,” she grumbled.

Everything after that is a blur. My baby boy came out healthy and demanding my attention from his first breath. He weighed nine pounds but the statistic that impressed me was that his head circumference was thirty-seven centimetres.

“That’s a large head,” my doctor later told me. “Good for you, you did so well.”

“The nurse didn’t think so,” I said and then recounted my “moment” in the delivery room. I was still angry weeks later and now so was my doctor.

“Some people still believe that the best time to give birth is in your early twenties. It’s old thinking,” she said.

“Who’s ready for that in their twenties?” I’d had a long labour and a tough delivery.

Since then, a number of my friends have had their first children at forty-two and forty-three. I didn’t think that unusual. My mother gave birth to me when she was forty. And back then, that was definitely rare. I was the youngest of three; my sisters were ten and fifteen when I was born.

“Why the big gaps?” I asked my mother.

“Sometimes you can’t plan these things,” she said. “I wanted five-year spacing but after your sister was born, I had a hard time getting pregnant again. But I really wanted a third child so we kept trying,” she explained. “And now here you are, what a gift.”

“Was it because dad wanted a boy?” I asked what I had wondered for so many years.

“Oh, maybe,” my mother said. Her eyes were sparkling and she was smiling. “But he was thrilled when you were born. We both were.”

Looking back, I realise that I have always been around people who were older. It was normal to me. There were my parents, and my parents’ friends; my sisters and their friends. No one was surprised then, that I married a man twelve years my senior. I wasn’t bothered by our age difference too much, although there were times when I wondered if it was a good idea. I remember talking to my mother about it once and our conversation went something like this:

“If on average women live seven years longer than men and he’s twelve years older than I am, I’m going to be alone for nineteen years. I don’t know if I want that,” I said.

“Yes, but remember, those are statistics. You can’t plan your life out too carefully. Sometimes you just have to live it.” My mother adored Eric.

We had been married for ten years when both of my parents moved in with us. My mother had been diagnosed with Alzheimer’s and needed care. My sisters were working full time but I had taken time off the paid workforce to raise my two children. I was at home anyway, so why wouldn’t I look after my parents too? 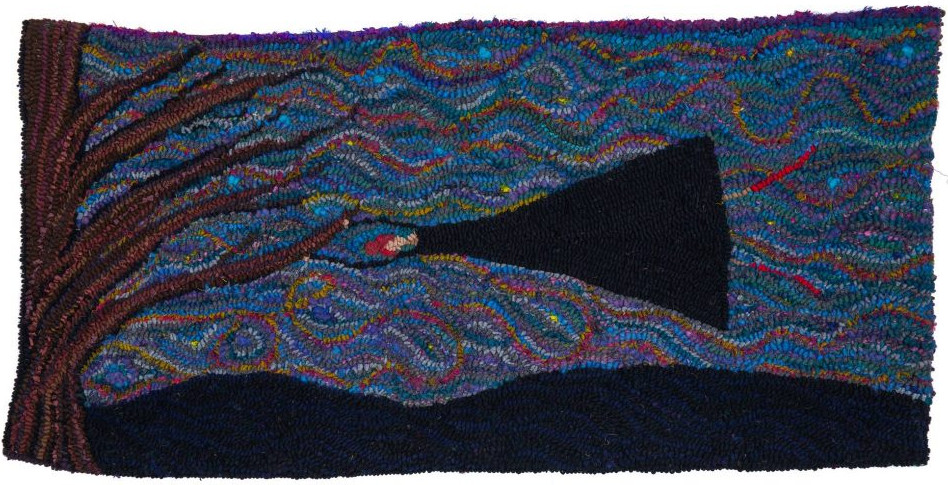 Looking after my parents was not only what I wanted to do, it was what I had been raised to do. In our Portuguese culture, it’s normal, it’s expected, it’s just the way it is.

Our situation was more complicated than most in that my parents didn’t speak English very well. They had immigrated at the age of fifty and their knowledge of English at the time was limited to a few words and sentences. Both of them had started their Canadian life working hard, each of them often juggling two or three labour-intensive jobs. Learning English dropped on the priority list—they had to house and feed their family. After nearly three decades, they could get by in their adopted country, but their English was still broken.

As my mother’s illness progressed, she lost all of her ability to speak English and could only communicate in Portuguese. To have put her in a home would mean that one more time in her life, she’d be unable to talk to anyone. I couldn’t fathom that. So Eric and I invited them to live with us. My sisters helped regularly and, later, there was support from the health system. Still, for a few years, my life was a whirr of caregiving. I remember taking my parents for coffee one day. It was their preferred outing: coffee and a biscotti in the afternoon. As we were walking from the car to the coffee shop, we took up the entire sidewalk. I was in the middle; my mother held on to my arm on my right, and my father, with his cane, held on to her. On my left, I held my son’s hand and he held on to his sister who was then about four years old. We must have made quite the scene. One woman walking toward us stopped and said to me, “Well, aren’t you the sandwich generation.”

Yes, yes I was. My days were full of caregiving from the moment I woke up until I laid my head on the pillow at bedtime. And sometimes I’d be called upon once or twice during the night too. My morning shower was the only time I could guarantee that I would be alone. Sometimes, when I took an extra long shower, there would be a knock on the door, “Mommm! Vóvó needs you!”

I remember crying in the shower one day, thinking, Oh my God, I am going to be looking after needy people for the rest of my life.

That night, in bed, I turned to Eric and said, “I’m going to need to look after you too, aren’t I?”

“Maybe. Or maybe I’ll have to look after you. You can’t always plan, sometimes you just have to live, isn’t that what your mother said?”

“Yes, you’re right. I mean, I could step off the curb one day and get hit by a truck. That would be horrible.” I remember laughing so hard after I said that. I was exhausted.

My mother died after living with us for two years. My father died nine months later. And then, two short years after that, when we were finally recovering from all the grief and were establishing a new normal in our extended family, my sister Maria was diagnosed with aggressive, terminal cancer, and died. She was fifty-six.

Today, I am the same age Maria was when she died. I have taken a leave from work and I have become a student again. So many people, friends and strangers alike, have said to me, “Wow, good for you. A student. I don’t think I could do that, not at my age.”

That baby I pushed out all those years ago has now finished university; his sister is halfway through. Both are adults with their own dreams. Eric will retire at the end of the year and soon after that I hope to get my degree. No part of our lives follows the expected trajectory. We seem to live life by the seat of our pants and, most of the time, I wouldn’t want it any other way.

12 thoughts on “You Can Do Better Than That”