Twist launched her debut collection of poetry, Disintegrate/Dissociate (Arsenal Pulp, 2019), on a wintry Saturday night at the Khyber Arts Centre in Kjipuktuk (Halifax), unceded Mi’kmaq territory where Twist currently lives. The small community venue was packed to the rafters and vibrating with anticipation—for a poet! For poetry!

END_OF_DOCUMENT_TOKEN_TO_BE_REPLACED 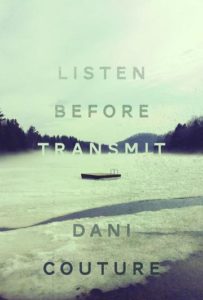 A Shepard-Risset Glissando is a set of three musical scales, separated by octaves, played simultaneously to produce the auditory illusion of notes forever ascending (or descending). The effect isn’t ethereal so much as it is unnerving, because the layered scales never resolve. Songs and symphonies teach us to expect resolution. Melodies are boomerangs and hungry dogs: they always return. An ascending Shepard-Risset Glissando, instead, builds tension and anxiety to the breaking point—but without ever breaking.

Composer Hans Zimmer loves Shepard tones. And it wouldn’t surprise me in the least to learn that Dani Couture does as well. Listen Before Transmit (Wolsak and Wynn, 2018) her fourth book of poetry, never resolves—not even close. It only ascends. By the time you’ve reached the third and final untitled section of Listen, you’ve somehow made it to the outer atmosphere in a weather balloon: all the Earth you know reduced to miniatures, and space incomprehensibly massive above you. END_OF_DOCUMENT_TOKEN_TO_BE_REPLACED

Each September, I wend my way through the back roads of the Annapolis Valley to attend Becoming an Outdoors Woman (BOW): a volunteer-organized retreat and workshop series aimed at women interested in hunting, fishing, and other outdoorsy pursuits. This year, I brought my copy of Kate Braid’s Elemental (Caitlin Press, 2018), which I snuck away to read in my bunk between starchy meals, awkward attempts at skills acquisition, and quality time daydreaming into the campfire.

As a companion to a woman in the forest, Elemental is patient and instructive: a friend whose gaze you follow to a camouflaged rustle of bird-on-branch or “a wilderness of pattern” (10), or whose fingers find “a small red tattoo of arbutus bark” (15) on your skin. Elemental explores water, fire, wood, sky, and earth, and again, like the wise companion that it is, teaches you to see each of these materials erupting from the others: water from sky, earth from fire, fire from wood. END_OF_DOCUMENT_TOKEN_TO_BE_REPLACED 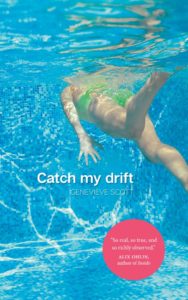 The relationship between a mother and her child is a rocky phenomenon that can be difficult for some authors to capture. Genevieve Scott’s debut novel, Catch my Drift (Goose Lane, 2018), is a wonderfully realistic story of a complex family, and at the heart is mother and daughter, Lorna and Cara. As a millennial feminist, I’m pleased with even one unique female main character, so to read a novel with two female protagonists—women I was instantly devoted to—was a treat. Lorna’s social awkwardness and ambition, juxtaposed with Cara’s anxiety and longing to fit in, was perfectly told in this story. And while the two characters are like oil and water, I found them both utterly relatable and endearing in their own ways. END_OF_DOCUMENT_TOKEN_TO_BE_REPLACED 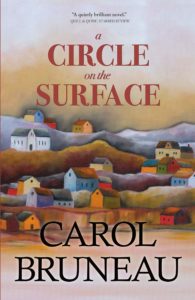 Una and Enman have moved to Barrein to care for Enman’s elderly mother. Una doesn’t like small-town living, however, nor does she like being caregiver to her mother-in-law, a role which has been thrust upon her largely by default. To escape her growing unhappiness, she spends much of her time wandering the beaches alone, where she encounters a mysterious stranger. END_OF_DOCUMENT_TOKEN_TO_BE_REPLACED 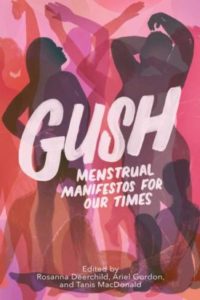 I’d forgotten Judy Blume’s Are You There God? It’s Me, Margaret is about religion. What I remember from the book, what most readers likely remember, is that eleven-year-old Margaret desperately wanted her period. For anyone who has had a period—for one year, ten years, forty years—that plot line is so off-the-charts bizarre it’s unforgettable. But the reason Blume’s book was passed around the school yard in the 1970s was not so much that Margaret wanted her period but that she and her friends actually talked about periods, as well as boys, bras, puberty and sex. Few people, youth or adults, spoke openly about such topics, very few about menstruation.

Almost fifty years later, Margaret is still in print and still touted by some as the guide to puberty. So how far have we progressed in terms of open discussion of periods? How much has changed in terms of books we can share, books that start conversations, answer questions, portray common experiences? Not far and not much, I say. Or I did say—until Gush.

END_OF_DOCUMENT_TOKEN_TO_BE_REPLACED 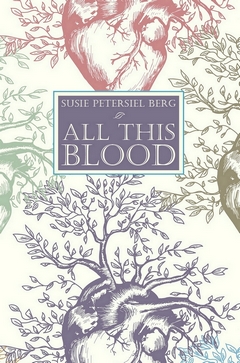 All This Blood is organized according to the three phases of haemostasis: vascular, platelet and coagulation. Her title and guiding metaphors signal, in tandem, the potential for blood in every poem; as the “process” unfolds, this language becomes a kind of forensic, empathic dare to the reader. END_OF_DOCUMENT_TOKEN_TO_BE_REPLACED 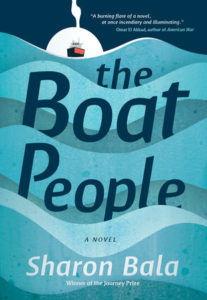 Sharon Bala took time to talk with Understorey Magazine editor Katherine Barrett about her novel and the writing process. END_OF_DOCUMENT_TOKEN_TO_BE_REPLACED 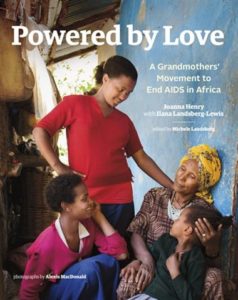 At the turn of the twenty-first century, when AIDS-related deaths in developed countries were finally on the decline, infection and death rates in sub-Saharan Africa continued to soar. Stigma, discrimination and misinformation meant that testing and treatment remained unavailable for the millions of people—in some countries up to thirty percent of the population—with HIV/AIDS. The majority of those killed by the pandemic were young adults and parents. Over twelve million children in sub-Saharan Africa were orphaned. The burden, not to mention the grief, fell to the older generation, grandmothers who had lost their children and took in their grandchildren—and then fought back. END_OF_DOCUMENT_TOKEN_TO_BE_REPLACED 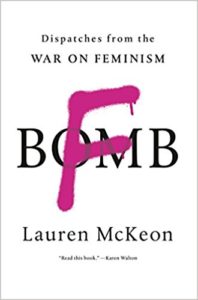 The list is both impressive and utterly crushing. Most women achieved their “first” only in the past few years; all were achieved in this generation. Have women made it or have we only started?

In F-Bomb: Dispatches from the War on Feminism (Gooselane, 2017), Canadian journalist, editor and feminist Lauren McKeon answers these questions unequivocally: “One of the biggest lies of the twenty-first century is that women have made it.” END_OF_DOCUMENT_TOKEN_TO_BE_REPLACED